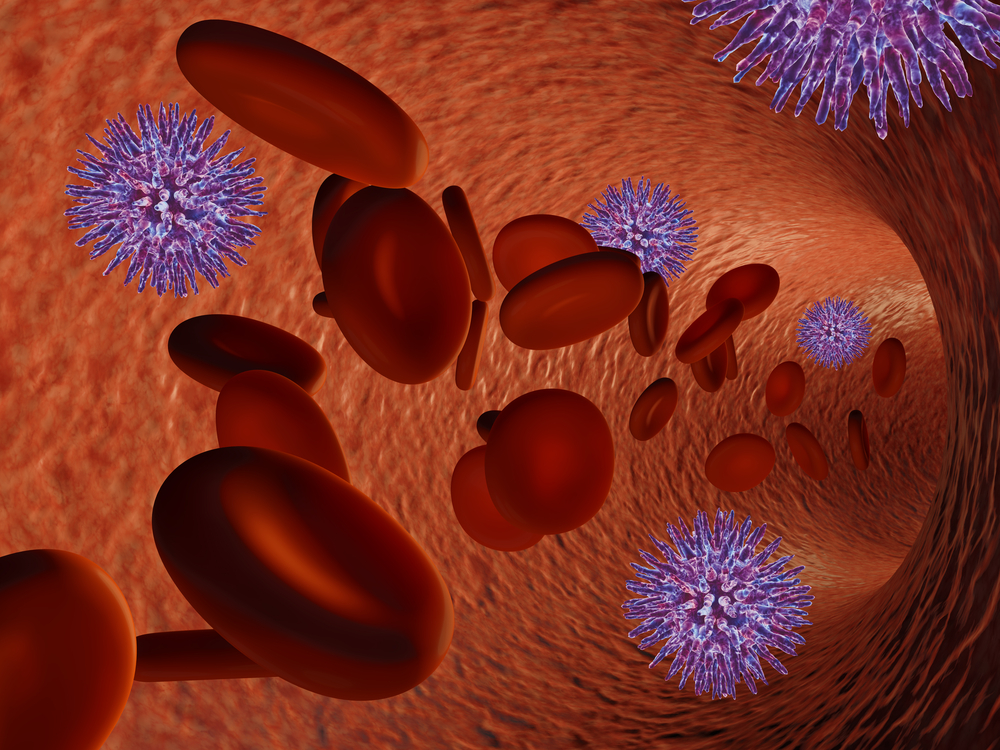 New research at Keck Medicine of the University of Southern California (USC) Norris Comprehensive Cancer Center has identified a potential treatment for a rare but previously incurable form of lymphoma — a variant observed primarily in patients with HIV/AIDS infection. Results of the study were published June 29 in the peer-reviewed scientific journal Oncogene from the Nature Publishing Group.

The Oncogene paper, entitled “Immunomodulatory drugs target IKZF1-IRF4-MYC axis in primary effusion lymphoma in a cereblon-dependent manner and display synergistic cytotoxicity with BRD4 inhibitors“ (Oncogene (29 June 2015) doi:10.1038/onc.2015.245), is coauthored by Ramakrishnan Gopalakrishnan, Hittu Matta, Bhairavi Tolani and Tim Triche Jr. and Preet M Chaudhary — all of USC. Lead author is Ramakrishnan “Ram” Gopalakrishnan, PhD, a research associate in the lab of Preet Chaudhary — chief of the Jane Anne Nohl Division of Hematology and Center for the Study of Blood Diseases at the Keck School of Medicine of USC.

Preet Chaudhary, MD, PhD, the Bloom Family Chair in Lymphoma Research at the Keck School, is senior author of the study. His lab has done previous work on cancers that are found in patients with human immunodeficiency virus (HIV) infection, including cancers such as PEL that are caused by infection with Kaposi’s sarcoma associated herpesvirus, also known as Human Herpesvirus-8.

In laboratory tests involving animal models, Dr. Gopalakrishnan found that a disease known as primary effusion lymphoma (PEL) can be treated effectively by a class of immunomodulatory drugs, or “IMiDs'”already approved by the FDA, and that were actually more effective on PEL than they have been on the type of cancer for which they were originally approved: multiple myeloma.

“That was the ‘ah ha’ moment,” Dr. Chaudhary observed recently to USC science writer Les Dunseith in a release, regarding the research described in the Oncogene paper. “We have this disease for which there is no cure available, and these cancer cells are being selectively killed by this drug. So then we decided to pursue it further.”

The paper’s coauthors note that Primary effusion lymphoma (PEL) is an aggressive type of non-Hodgkin lymphoma localized predominantly in body cavities, its causative agent being Kaposi’s sarcoma-associated herpes virus (KSHV). They observe that PEL is an incurable malignancy and has extremely poor prognosis when treated with conventional chemotherapy.

However they found that the immunomodulatory drugs (IMiDs) lenalidomide and pomalidomide, which are approved by the Food and Drug Administration (FDA) for treatment of various ailments, also display pronounced antiproliferative effect against majority of PEL cell lines within their clinically achievable concentrations.

That knowledge led to Drs. Gopalakrishnan and Chaudhary’s discovery that IMiDs display synergistic anti-PEL effects when combined with another new class of drugs, called BRD4 inhibitors. The study yielded an understanding of the mechanism-of-action by which the drugs work against PEL, showing that combined administration of lenalidomide and BRD4 inhibitor JQ-1 significantly increased the survival of PEL bearing NODSCID mice in an orthotopic xenograft model as compared with either agent alone. The researchers conclude that the se results provide compelling evidence for clinical testing of IMiDs alone and in combination with BRD4 inhibitors for PEL.

“There were already five clinical trials going on for BRD4 inhibitors related to other cancers,” Dr. Gopalakrishnan said, explaining the decision process in the USC research. “So, when we combined the drugs, we knew how they could be toxic to this other situation with PEL.”

“Not only have we figured out that the drug works, Dr. Chaudhary tells Dunseith, “but Ram has also figured out what the underlying molecular mechanism is. And that has allowed us to combine this drug with other drugs in a more intelligent way.” “Primary effusion lymphoma is very aggressive. Median survival with current therapy is just three to six months,” Dr. Chaudhary notes, “And the current treatment is also very toxic and requires medications that have other side effects, and that need to be given intravenously. This becomes an issue for countries with limited resources, for example in Africa where this disease is prevalent.”

And while the study results are promising, Dr. Chaudhary cautions that the USC research so far has been based on in vitro and animal model studies that involved putting human lymphoma cells into immunodeficient mice. “We are not suggesting that the patients begin taking these drugs,” Chaudhary notes, “but the results do provide a very strong rationale for the clinical testing of these drugs.” However, since the medicines under investigation are all already FDA-approved, the USC researchers believe a clinical trial could be organized quickly.

“But it all depends on getting enough investigators excited about this,” Dr. Chaudhary says. “The disease itself is not very common, so its not feasible for a single center to conduct the clinical trial. You would have to work as a consortium.”

In this instance that woud be facilitated by the fact that a consortium already exists for physicians who have patients with both cancer and AIDS. “So once they see our study, hopefully it will create enough excitement and enough interest that they will say, Lets put this study through our consortium. Lets conduct a proper clinical trial,” Dr. Chaudhary hopes, noting that breakthroughs like this one related to less-prevalent diseases are now possible because of evolving attitudes in the medical research community.

“In the old days, we were mainly interested in drugs that affect millions or thousands of patients,” Chaudhary tells Dunseith. “The paradigm has changed at the NIH level and at the highest levels of medicine, and rare disease research has also become a priority now.”